Where Women’s health is our single priority

Due to the serious spread of COVID 19, NTGO will be pre-screening their patients prior to any office visit.  Before a patient can be seen in the office, please contact (972) 490-5970 to verify whether or not you have a fever, cough or you think you have been exposed to COVID 19 and if you have traveled outside of Texas in the last 30 days.

See how the MonaLisa Touch can improve your life. 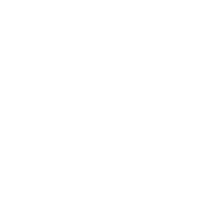 Take a look at the team of doctors working for you. 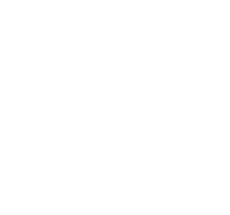 Visit our list of organizations committed to helping you.

We offer a variety of procedures and treatment designed to ensure vaginal health. No matter the reason for seeing us, from complex gynecologic issues, to wellness-based treatment, to gynecologic oncology, we strive to create a relaxing environment for our patients. As an Oncology Medical Home (OMH) it is our goal to keep our patients informed and involved in their care. No matter your diagnosis, we will not alter our commitment to you nor to our mission of providing quality care at the lowest cost from our friendly and compassionate staff.

Our team of talented doctors bring the experience, skill, and compassion you expect from a top-rated medical facility.

Dr. Alan K. Munoz attended medical school at Louisiana State University and has been practicing gynecologic oncology in the Dallas area for over 30 years.

Dr. Munoz been honored by Texas Super Doctors yearly since 2004, by Dallas Magazine since 2006, and awarded the Patients’ Choice Award annually beginning in 2008. Dr. Munoz was recently selected as a Top Oncologist in Dallas by the International Association of Oncologists and will be spotlighted in The Leading Physicians of the World.

Dr. Munoz strives to enrich his patients’ lives and inspire other doctors to achieve greatness while maintaining compassion for the patients.

During his down time, Dr. Munoz enjoys playing golf and traveling with his wife, who he met during medical school.

Dr. Thomas P. Heffernan completed medical school at the University of Miami School of Medicine, graduating with an M.D. in 2001.

Dr. Heffernan did his residency in Obstetrics and Gynecology at Akron General Medical Center in Akron, Ohio and was then accepted to the Gynecologic Oncology Fellowship at the University of Texas Southwestern. He joined North Texas Gynecologic Oncology immediately after completing his fellowship in 2009.

Dr. Heffernan is a member of Alpha Omega Alpha, the medical honors society. He has published scientific papers both as an author and an illustrator.  His research during fellowship focused on cervical cancer and was supported by a grant from 3M and the American College of Obstetrics and Gynecology.

Since joining NTGO, Dr. Heffernan has been at the forefront of applying da Vinci robotic surgery for management of gynecology cancers and high complexity gynecologic surgery. In 2001 he was named an Epicenter surgeon by Intuitive Surgical, makers of the da Vinci robot, indicating excellence in his field. He has trained more than 50 gynecologists in robotic surgery both in DFW and around the country. In 2011 he and Dr. Munoz began a Fellowship in Robotics and Advance Pelvic Surgery, which is the busiest by surgical volume in the U.S.

Dr. Heffernan believes that Gynecologic Oncology is his calling. His patients are treated like family.

While in medical school Dr. Heffernan met his wife, who practices Geriatric Medicine. They have one daughter.

Graham Brown, DO, MA is a gynecologic oncologist, specializing in the surgical and medical care of women with uterine, ovarian, cervical, and other gynecologic cancers. Dr. Brown utilizes the most advanced and up-to-date surgical and medical approaches in his patient care. More importantly, Dr. Brown strives for compassionate and thoughtful care with the utmost goal of providing comfort and encouragement to patients in a time of uncertainty and often fear.

Born in the mountains of central Pennsylvania, Dr. Brown was raised in West Texas. He completed his undergraduate degree in microbiology and biochemistry at Texas Tech University in Lubbock, Texas. During this time, he also completed an undergraduate research fellowship at MD Anderson Cancer Center. Dr. Brown completed graduate school in Boston, Massachusetts at Boston University Medical Center where he studied vascular biology and tumor cell crosstalk in the world-renowned lab of Dr. Judah Folkman. Dr. Brown received his medical degree from the University of North Texas Health Science Center in Fort Worth, Texas. Following an internship in internal medicine, he completed his residency in obstetrics and gynecology at JPS Health System in Fort Worth and a gynecologic oncology fellowship at Wellspan Health/York Hospital in York, Pennsylvania.

In his free time Dr. Brown enjoys spending time with his wife and son, as well as traveling and music and is an avid woodworker.

Partnership with
The Center for Cancer and Blood Disorders

See what women are saying about the NEW MonaLisa Touch!